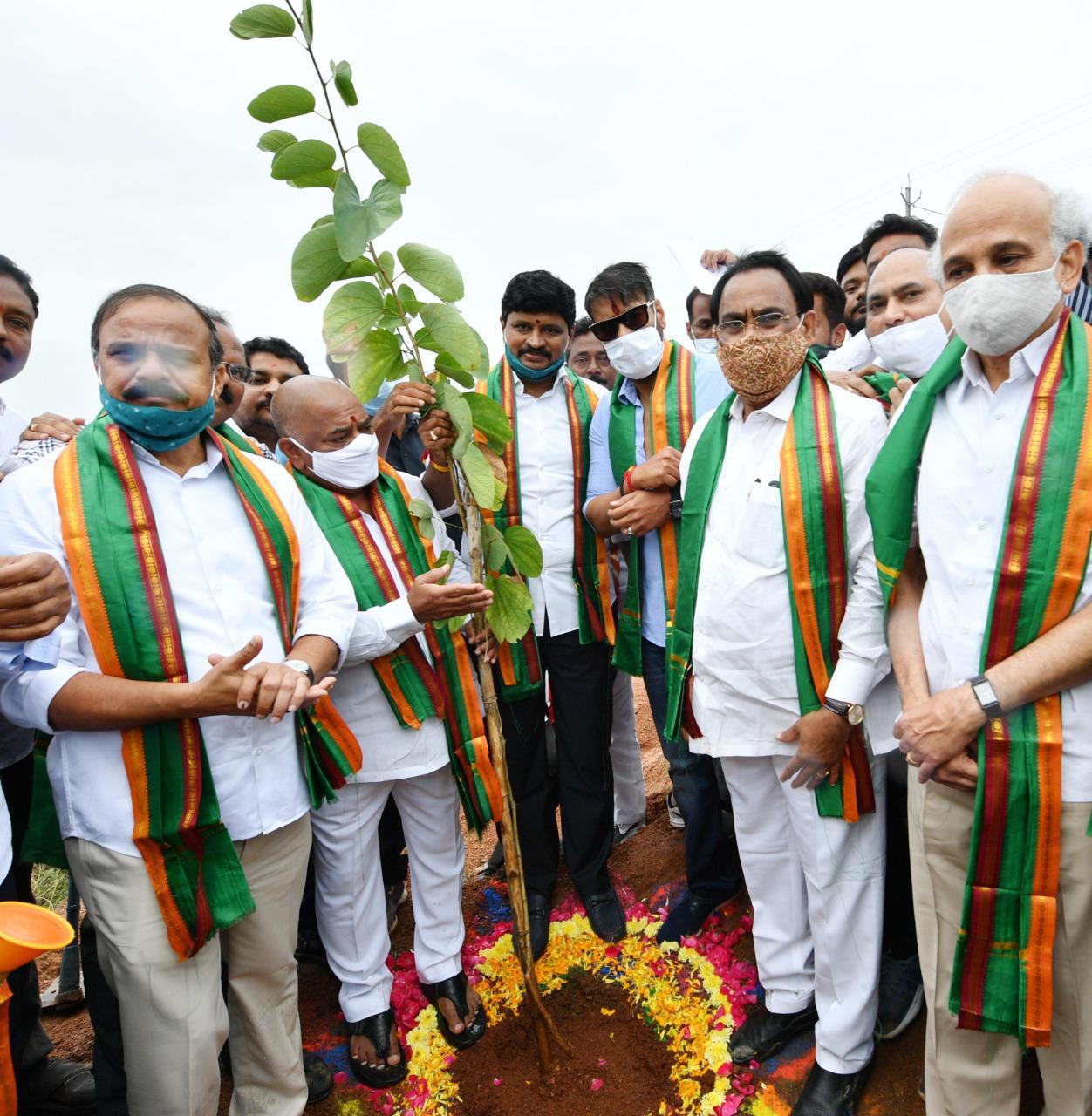 The programme was attended by Environmental lovers along with the founder of Green India Challenge programme and MP Santhosh Kumar who have planted over 5,000 saplings in the single day. The event was also attended by several industrialists, over 100 artists and 300 green lovers.

Speaking after launching the programme founder of NV Foundation and Bollywood Iron man Ajay Devgan expressed serious concern on increase of pollution and stressed the importance of protecting the environment. “I am very grateful to see Santhosh Kumar who started Green India Challenge programme and taking it very seriously for the well-being of society,” Ajay Devgan said, adding that he said Santosh has already planted crores of saplings and inspiring others to take part in the holy programme without linking it to the commercial angle.

Member of Parliament and Green India Challenge founder J Santosh Kumar said, “He was inspired by the Chief Minister K Chandrashekar Rao for taking up this green India programme and it was a brain child of Telangana government’s Haritha Haram programme. Later he stressed the need of carrying out Green India Challenge Programme. Santosh wanted everyone to take part in the programme and said it will ensure rampant change in the environment. He welcomed NV Foundation contribution in this regard and thanked Ajay Devgan for extending support for the Nobel cause.

It is to recall that recently the Green India Challenge came up with a book ‘Vruksha Vedam’ which contained the articles and programmes carried out since from its inception.

Telangana Industrial Federation leaders and Industrialists and other green lovers participated in the programme. 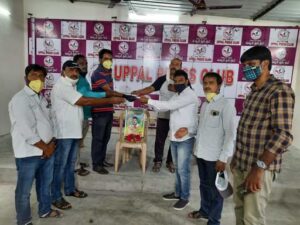